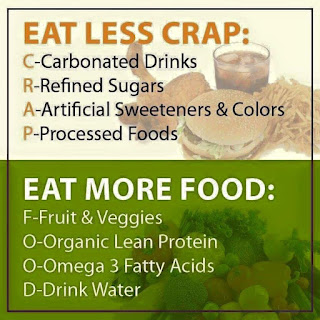 
Sugar is bad for you. That's a well known, scientifically documented fact. Sugar wreaks havoc on every system of the body. Avoiding it as much as possible is critical for each aspect of your health. It slashes the immune system, rots the teeth, causes inflammation, impairs cell function, and rapidly speeds aging. It’s as addictive as cocaine, yet as socially acceptable as water. Fortunately most people know this today, and many take steps to reduce the amount of sugar they eat.


As soon as the knowledge of the dangers of sugar became commonplace in society, the door was thrust wide open for sugar alternatives to usher in. “Sugar Free” alternatives to all kinds of sweetened goods popped up all over the place. They quickly became the preferred alternative to regular, all in the name of health.


However, what many didn’t realize was that the sweeteners that replaced sugar were actually far worse for them than the sugar they were seeking to avoid. There were several that hit the market and they were all bad for the body. Most sweetened goods replaced sugar with a sweetener called aspartame. Doctors claimed that aspartame was harmless, and the population ate it up. Literally.


When it comes to artificial sweeteners, user beware. Officials claim they are completely harmless when evidence to the contrary is abundant. Aspartame in particular has been proven to cause: depression, dizziness, cancer, headaches, seizures, and ADD / ADHD among other things.


In addition, aspartame use increases the risk for obesity by 70%, so using it as a diet agent has been proven to be self defeating. Some argue that it actually tricks the brain into thinking it’s more hungry than it actually is, which causes people to eat more. Research as to why aspartame use is linked to obesity is still in the works, but the fact that it does is widely documented and irrefutable.


One of the sorely underreported facts about aspartame is that it turns to formaldehyde in the brain. In an FDA report dating all the way back to 2002, Dr Mark D Gold reported (emphasis mine):


The formaldehyde exposure from aspartame is significant. Aspartame breaks down into methanol, amino acids and several other chemicals. The methanol is quickly absorbed and converted into formaldehyde. The methanol found in foods and alcoholic beverages is also absorbed, but there are "protective chemicals" in these traditionally-ingested foods and beverages that prevent the conversion of methanol to formaldehyde.Formaldehyde is known to cause gradual damage to the nervous system, the immune system and has recently been shown to cause irreversible genetic damage at long-term, low-level exposure.The most recent, independent research shows that the situation related to aspartame may be more serious than simply regular formaldehyde exposure. This research on animals demonstrates that the formaldehyde appears to accumulate as adducts (bound to protein molecules) in the organs and tissues of the animals (when aspartame is ingested at relatively low doses


Aspartame carries a lot of risks, even in small doses, so beware. As always, be a good steward of the body you’ve been given. You’ll never regret caring for your health, but you may regret neglecting it.