Now that we have talked about good mattresses and pillows the next logical topic would be proper sleeping techniques.
Sleeping on your back or side are great choices. It is not a good idea to sleep on your stomach at all. Stomach sleeping forces you to sleep in a way that doesn't allow you to have proper alignment of your spine. Most stomach sleepers have to turn their head to one side or the other, and have an arch in their lower back. Both of which are not good for your spine.
The preferable ways would be on your back or side.
Back sleepers should look for a great pillow with cervical support. There are many brands out there, but I personally would stay away from anything that gives you flexion in your neck while laying on your back. This causes excess stretching of your spine all night long. Also when sleeping on your back, it isn't a bad idea to put a pillow under your knees. This allows your lower back to drop its arch position.
Side sleepers should also look for a great pillow but this time it needs to be the depth of their head to bed length. Some side sleepers sleep totally on their side and others roll their shoulder forward while sleeping so you have to decided which one you are and pick the perfect size pillow for you. Also, side sleepers should have a pillow between their knees and keep their knees bent at the same angle. If you put one knee forward that will allow twisting in your lower back which can be a cause for morning discomfort in your lower back.
If you alternate between back and side sleeping then you need to look for a neck pillow that will accommodate either position. They are out there. I sell some in my office. Also a good body pillow is great that you can put either under your knees or between them depending on your position.
I know that this sounds like a lot of work, especially while you are sleeping. I know it is possible because I am living proof.
One final note: When your spine is in alignment it makes it much easier to sleep in a proper position and much harder not too.
Posted by Dr. Felicia Conner, DC, DICCP at 1:43 PM 1 comment:

I thought I would talk a little bit about icing versus heating. Most people are very clueless as to what they do and why we do either.
When we have swelling in our bodies it is due to stasis of fluids. This can happen because of poor excretion of fluid, an excess production of fluid or both.
When we have an acute injury or flareup (which would be a recent injury or a re-exacerbation of an old injury) we usually have both too much production of fluid and poor excretion. This is our bodies way of bringing lots of nutrients to our injury and protecting the area. Unfortunately it usually does too good of a job which leads to pain and swelling.
Chronic injuries (which would be an old injury that hasn't healed) we have poor excretion usually due to damaged tissue such as scar tissue.
OK, so now what does ice and heat do?
Ice is a natural anti-inflammatory. It slows production of fluid which in turn decreases swelling. BUT then you have no excretion of fluid either.
Heat does a great job at increasing circulation to an area which helps excretion of fluids, but also helps to increase production of fluids as well.
SO....
For acute injuries your body is already producing too much fluids so you don't need to heat. In fact it would cause increased swelling. Icing would be your friend. Icing 10 minutes every hour during the acute phase of an injury would be a good start until you can see your physician.
For chronic injuries heat works really well. BUT you'll only have temporary relief because you'll have an increase in circulation which helps to excrete waste products but will also increase production of fluids. Most people notice when they heat that they felt more range of motion or decreased pain temporarily but then became stiff and sore again. Now you know why. SO the solution to that problem is that in the chronic stages of healing/pain you should alternate heat and ice. Heat 10 minutes and ice 10 minutes. This will help to excrete fluids, but then slow the production of fluids. It has to be in that order as well because it will flush the waste products then decrease swelling. The best form of heat would be a moist heat such as a bath, shower, hot tub, etc...

Now is as good a time as any to get going on proper nutrition.  The very best place to start is to get your gut healthy first.  If your gut is unhealthy than most of what you do, for example taking supplements, eating healthy, and exercise, will go almost unnoticed until you fix it.  One great way to get your gut started on the road of recovery is to do a colon cleanse.  There are many out there, and some are a little harsh, but the one I have in my office is super gentle.  It is a seven day course and you barely notice you are taking it.  You may even shed a few pounds. :)  I would suggest cleaning your tubing twice per year.  You won't regret it!
If you would like to know more information call me.  612-590-5881
Posted by Dr. Felicia Conner, DC, DICCP at 7:38 AM No comments:

We will be discussing some new products and health issues that they can help. These products have changed my life and can certainly change yours.

Some of the issues that they can help:
Fatigue
Immune System problems
Digestive issues
Heartburn
Constipation/Diarrhea
Weight issues
ETC...

I just know you'll get just as excited about it as I am! :) 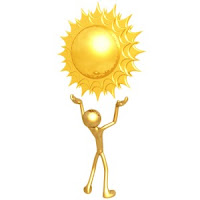 Vitamin D: There has been a lot of talk about Vitamin D in the last couple of years. It was said to be the miracle Vitamin. Now I don't believe that it is a "miracle" vitamin, but I do believe that we neglect our bodies, intentionally and unintentionally, by the foods that we eat and our lack of exercise in general. Our bodies readily absorb Vitamin D from the sun. This is the best form of Vitamin D. BUT when you are living in MN and cover 99% of your body during the winter months you will most likely get low on this important vitamin. When looking for a good form of vitamin D you need to find one that absorbs well into your body. If you have any questions about this give me a call.
Posted by Dr. Felicia Conner, DC, DICCP at 9:48 AM No comments:

I am very much looking forward to the Whole Foods opening TOMORROW that is almost across the street from my office!!! I hear that we are getting a Trader Joes close by as well.
Nutrition is such an important part of our daily lives that is so poorly missed by most, and uneducated by even more. If you take time out to take care of you from the inside out by eating well, exercising, and getting regular Chiropractic adjustments your life will be filled with more energy, and a more positive outlook.
Take care of yourself!
Posted by Dr. Felicia Conner, DC, DICCP at 11:50 AM No comments: