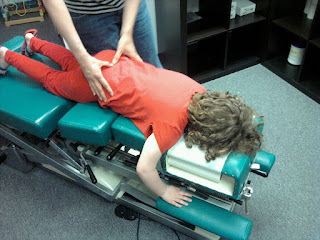 The 3 Most Common Reasons To See A Chiropractor


There are many reasons that patients decide to seek care from a chiropractor. Chiropractors can treat a number of ailments, ranging from ear infections to digestive problems.


However when people step into a chiropractic office for the first time, they usually come in for a couple of common reasons. When traditional pharmaceutical treatments are ineffective for some of these problems, patients will try anything, including a visit to a chiropractor. They are rarely disappointed.


Some of the common ailments that we see in first time patients are:


Back Pain
Most people think of chiropractors as the back pain specialists. This is true. Particularly in the case of a physical trauma, such as a car accident, a chiropractor is an expert at putting you back together again.


When the body experiences a trauma, it can cause severe subluxation (misalignment) in the neck or spine, leading to all kinds of debilitating pain. Pain pills may mask the pain, but they do nothing to reverse the subluxation that the trauma caused. Skeletal manipulation is the only way to remedy a trauma to the body, which is why we see so many patients for this reason.


Headaches
Many times, patients will visit a chiropractor after years of suffering with debilitating headaches and migraines. Often, the treatment prescribed by a regular doctor doesn't work after many years of trying. Sometimes after becoming desensitized to their pain medication, patients will try anything to be rid of the nuisance of headaches. Many times, headaches are caused by specific points of the neck that have subluxation.


Have you ever slept wrong at night and woken up with a cramp in your neck? Overnight, you may have caused your neck to come out of alignment. Sometimes it will resolve itself, but sometimes it doesn't. Patients are often surprised when, after only one adjustment, they begin to feel relief from their chronic headaches. It can take several adjustments for complete relief to happen, but most patients are pleasantly surprised at the quick results.


Chronic Pain
Chronic pain can be caused by any number of pathological issues, and fortunately many of them can be remedied - or at least supported - with spinal adjustments. It can only help to return the body’s spine and skeletal structure to alignment in order to give the body the best chance to heal itself. Adjustments can help with degenerative disc disease, herniated discs, whiplash, and other problems that can cause ongoing pain.

The Common Condition
The root of all of these common ailments is subluxation of the spine and neck. Helping the body return to alignment allows it to heal itself, and in the process, it reduces pain.


Pain, while admittedly miserable, is simply the body’s way of communicating to us that something isn’t right. Listening to that communication and remedying the root problem is a long term, more permanent solution to the problem of pain. Masking pain with pills never produces health - it simply ignores the body’s cries for help.


Listen - because the solution is usually easier than you may think. 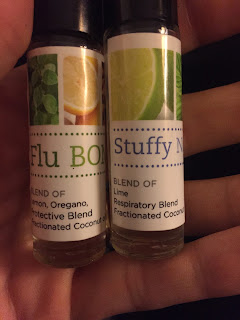 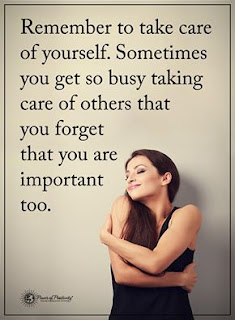 The Physiology Of Meditation


Most people picture meditation as a practice done by monks on the serene mountaintops of the Himalayas. Or they may picture a health ad showing a yoga master on a deserted beach calmly resting in a classic seated meditation pose. It’s generally thought of as an eastern religious practice with something having to do with “enlightenment,” and they dismiss it.


Today we know that the practice of meditation has notable health benefits, particularly for the busy, high stress world we live in.


Stress is a defining culprit for a number of diseases and ailments. Logically then, whatever reduces our stress has the potential to help support our health. Meditation is one of those practices that is proven to reduce stress as well as provide a host of other benefits, so it warrants discussion in the field of holistic health.


So what is meditation? “Meditation” comes down to simply focus. It literally means to think or ponder. At it’s core, it’s a mental exercise, but the effects of a rested mind translate to a rested, and healthy, body.


Most of the time, meditation is done in conjunction with deliberate and intentional deep breathing. I’ve talked before about the beneficial effects of deliberate breathing. Taking several deep breaths activates what is called the parasympathetic nervous system. The parasympathetic nervous system is sometimes called “rest and digest.” It’s the state in which our bodies are meant to live. It’s a place of physical homeostasis and rest, in which our bodies were meant to spend 97% of our time.


Conversely, the sympathetic nervous system is the adrenaline-charged fight or flight response that is designed to keep us alive when faced with danger. Our bodies should only really experience this state in life or death situations. It increases our respirations, sends blood to the extremities, increases blood pressure, and heightens our awareness and senses.


When people meditate, it brings the person’s body back to a place where their parasympathetic nervous system is in control. This affects all parts of the body including:

As such, it helps to:

If you want to start a simple daily meditation habit, it doesn’t need to be difficult. 5 minutes a day of focused deep breathing can get you started. Most people who try it find that the effects are more pronounced than what they originally anticipated, and they begin to look forward to that part of their day. Give it a try and you may find the same benefits!

The War Against Chiropractic


Have you ever wondered why so many medical doctors resolutely attempt to discredit any sort of holistic practitioner, despite the overwhelming evidence of their benefit and effectiveness? Why, when you visit your doctor, are you shunned if you tell them you have seen a holistic based provider?


The answer to this may be surprising to some people, but the reality is that the allopathic medical community has a long history of attempting to shut down all types of care providers except themselves. Acupuncturists, homeopaths, chiropractors, midwives, naturopaths, and even nutritionists are usually the object of scorn in the medical community. They are often dismissed as quacks, or worse, outright frauds - especially chiropractors.


In 1964, the AMA created what was known as the “Quackery Committee” and their job was to “contain and eliminate” the practice of chiropractic care. They wrote and dispersed literature detailing as much, and they were successful in their attempts in many ways. During this time, the AMA also tried to downplay the fact that they were attempting to sabotage chiropractors, but the evidence  of their meddling was overwhelming.


Their smear campaign worked beautifully, though not completely. The AMA spent millions of dollars and several decades in trying to discredit and snuff out chiropractic care.


In 1987, the AMA and several other professional medical boards were found guilty of illegally trying to restrain the free trade of chiropractic profession. Even though they lost their court case, they had accomplished a lot of what they had set out to do. Both the culture at large and medical doctors despised most chiropractors, and the title “quack” is one that is still used to describe us today.


Fortunately, the relationship between most chiropractors and medical doctors is beginning to improve. However, we still have a long way to go toward the goal of regular collaborative care between chiropractors and medical doctors. Each branch of medical care - be it holistic care or allopathic - has it’s strengths, and synergistically we have the potential to all work toward creating optimal health.


Today, chiropractors have a good reason to be optimistic about the future of our profession despite the fact that we still feel the fallout from decades of smear campaigns. Chiropractic care speaks for itself in terms of its effectiveness and safety, and fortunately our patients agree. At the end of the day, they are still the reason that we do what we do.


To Your Health,
Dr Felicia Conner